How to Cover a Hurricane

Obviously many people are glued to their TV's when a major hurricane threatens. I am usually one of them as a practicing amateur meteorologist. The funniest part, though, in addition to every major news channel, local channel, and the Weather Channel covering every drop of rain and every gust of wind, is the method of Wind-leaning. Even before Hurricane Katrina was finished one of the news crews had compiled a "One Shining Moment" type video of clips of reporters leaning at 10, 25, or even 45 degree angles into the wind. Somehow this method of reporting is one of the most important for conveying to the viewers the strength of the storm. I guess when all of their guesswork as to where and how strongly a storm will make landfall comes together to actually permit a reporter or a full-fledged meteorologist on the beach or in the hotel parking lot where the hurricane is making a severe impact there is a right to do this LEAN of celebration as if to say: "Hey, look at me. I found the storm and it's this bad."
Posted by Colby Willen at 7:32 PM 1 comment: 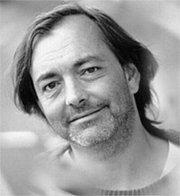 "Another hour deeper in the night
Another mile farther down the road
A man can drive as hard as he can drive
And never get as far as his heart was meant to go."

This article in The Commission describes how churches are being identified as "strategy-coordinator" churches that seek to be directly involved in missions:
"It’s a church that is owning the task of taking the gospel to an unengaged people group,” says Ken Winter of the International Mission Board’s Church Services Team.

Sounds a little biblical to me. Isn't that old fashioned?

It may be old fashioned in a good sense. Churches should be as directly involved in missions as they possibly can. Of course, the churches in the article are Southern Baptist churches, and the International Mission Board is the 'missions' wing of the Southern Baptist Convention. There is some irony to the whole idea, as the very founding of the Southern Baptist Convention has roots in the 1840's when Baptist churches agreed to work together in the effort of mission work forming a cooperative system where many churches would pool resources to support missionaries that a single church probably could not have afforded to support.

Without arguing the good and/or bad of the cooperative program, there seems to be something very healthy about churches sending their own missionaries to specific places to reach the specific people there. The authority that governs such an endeavor is directly located with the sending church. The people praying for the missionaries are those that have helped send them. The church itself gets the opportunity to directly be involved in the work of reaching the nations by sending its own people, whether long term or short term, to help.

According to the article, even smaller churches are involved in this 'new' approach. Money was the issue in forming a cooperative over 150 years ago. Now there are so many churches and missionaries that many churches could afford to send their own. When we consider how our funds are allocated, shouldn't our churches at least be considering this type of work? If we could send a church-planting team to a region instead of remodeling our own multi-million dollar facility, shouldn't we at least consider it? While the IMB currently has over 5,000 career missionaries, I find much more reason to rejoice with the people to which our local church has ties, whether they serve with the IMB or not.

I wrote down a quote from David Penman a few years ago, though I do not recall precisely the source:
"No local church can afford to go without the encouragement and nourishment that will come to it by sending away its best people."
Posted by Colby Willen at 7:05 PM 1 comment: 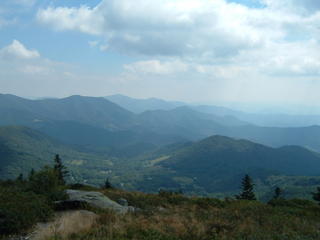 The view from 'Round Bald' on the Appalachian Trail, Cherokee National Forest near Roan Mountain. The view is of North Carolina. The other direction is a similar view of Tennessee. Photo taken Labor Day Weekend.
Posted by Colby Willen at 6:37 PM No comments:

The Bible versus Higher Education

To destroy the validity of Scripture is to destroy Christianity. That is precisely why so many in academic circles seek to undermine the authority and the testimony to the complete verbal inspiration of the word of God. While it is one thing to see such an approach in the Religion Department of a secular university, such an attack is even greater and much more detrimental from the inside of supposedly Christian institutions. "Christian" in the description of a college or university breeds a trust among Christian students that they are learning in a Christian environment. However, a line must be drawn when the validity of Scripture is at stake. To this end, I've tried to compile a list of books that help explain the problem and/or give an adequate defense of Scripture:

The Case for Christ by Lee Strobel

A Basic Guide to Interpreting the Bible by Robert Stein

The Hermeneutical Spiral by Grant Osborne

Scripture and Truth by D. A. Carson and John Woodbridge

Hermeneutics, Authority, and Canon by D. A. Carson and John Woodbridge

The Inspiration and Authority of the Bible by B. B. Warfield

Strobel's book gives a great summary of the documentary evidence for the historical validity of Scripture. Schaeffer's book adequately describes what it is stake for Christianity. Stein's book is subtitled "Playing by the Rules" appropriately because it demonstrates how interpretation must be done according to a standard. Geisler and Nix provide a great general overview of the issues. Osborne writes a detailed manual of interpretation. Carson and Woodbridge also provide trustworthy explanations of precisely how interpretation is to be approached. Warfield simply writes a classic (using no less than 4 languages) that serves to defend the Scriptures of the Christian faith. Machen, like Schaeffer, describes much of what is at stake, going so far as to describe those who adhere to anything other than Bible-believing Christianity as some other religion and "not Christianity."
Posted by Colby Willen at 6:47 PM 5 comments:

Lord of the Flies

Given a reason, men will be their absolute worst. Or, without a reason to refrain, the utter depravity of humanity rears its ugly head.

As the situation continues being reported from New Orleans, both 'life' inside the Superdome and 'life' on the flooded inner city streets have displayed the capability of mankind to perform evil. While some are risking their lives 24/7 to rescue people from danger, some are taking liberties at the absence of enforceable law. Just as in Golding's Lord of the Flies, when the structures of society are removed an inherent evil comes out of some people. The age-old question, 'Who are you when no one is looking?' is being answered by men with guns on the streets and people shamelessly stealing anything they can.

Part of this scenario we've all seen before. Every time a riot breaks out in a city, some people flock to the scene to start fires, flip vehicles, and break windows. Looting is a given. Sometimes the occasion is a feeling of injustice. Sometimes the riot starts as a celebration for a sports championship. Either way the event serves as an excuse for some men to go to the extremes that only the laws and structure of society hold back on a regular daily basis.

The heart is more deceitful than all else
And is desperately sick;
Who can understand it?
-Jeremiah 17:9
Posted by Colby Willen at 8:29 PM 1 comment: