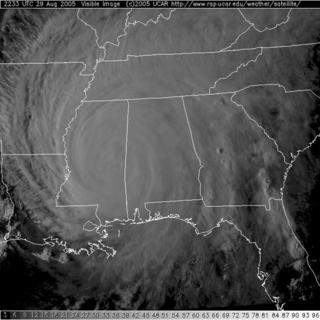 From al.com:
[Joel] Osteen and his wife, Victoria, will be leading a worship service at the Birmingham-Jefferson Convention Complex Arena in Birmingham on Tuesday, Aug. 30, at 7:30 p.m. Tickets are $10 each through Ticketmaster, with information available on his Web site, www.joelosteen.com.

1. All other problems with Joel Osteen's self-help theology aside, how can he be on tour and charge admission for 'worship.'

2. This is not worship. If you want to feel good, watch The Natural, don't go listen to Osteen's smile.
Posted by Colby Willen at 8:40 AM 4 comments:

the deth of 'death' in the english langwege

I joke about it when I see it, but the reality of the impact of the language of instant messaging (IMing) is becoming increasingly evident. I see it at work. I see it in blogs. Not only the extremely abbreviated spelling of words (never, ever use a double consonant like 'bb' or 'nn' in the middle of a word) but also the increased use of a developing shorthand full of acronyms. There is no punctuation unless, of course, to illustrate some point or draw a picture. Words are kept to a minimum (you try typing on your phone!) and short words are preferable to longer ones.

Before you cry "foul" thinking about the possible direction the English language is heading, remember from where we've come. Most words that we use today that have been around from early English have been transformed to some degree...a letter here...drop an ending there. Ever read Beowulf? How about 'King James' English? The language evolves to be more practical and usable, right?

While I find myself fighting the trend toward watered-down English, I can also admit that some change is good. Maybe we can quit using all those silent letters like 'gnat' and why do we need both a 'c' and a 'k' in 'kicking'? For pronunciation, you say? English hardly follows the rules. Why do 2 z's make 'pizza'? Why not write it like it sounds, 'peetza' or something?

Though lacking the vision to see what is next in the technology of communication, I suspect there are going to be other radical innovations in the next few years that will further alter how we communicate. I'm not ready to throw my Harbrace Handbook away nor to write off the Chicago Manual of Style just yet, but we do have to realize that language is never static.
Posted by Colby Willen at 7:38 AM 1 comment:

What makes something "Christian"? ---> Some interesting thoughts over at TruePravda.
As for a vehicle, it is obviously that little fish thing, right?
Posted by Colby Willen at 6:41 AM No comments:

How should fiction deal with history and fact?

There are plenty of places to find out about the discrepancies in Dan Brown's The Da Vinci Code, but one of the questions that should be posed concerns the genre of writing and the subsequent standards for the handling of history and fact.

Novels are fiction. No matter how true to life and to history a book may appear the fact that it is fiction makes it a work of literary art. When Tom Clancy writes a book on the topic of submarines he is held to a different standard than when he writes a fictional novel about a submarine. Clancy does not write Alice-in-Wonderland-type books. While fantastic, the characters in his books are supposed to be real people and the events are supposed to be feasible.

The problem that is encountered concerns the right of the author to use both historical fact and to create history that accords with the story. In Dan Brown's case, he masterfully intertwines the two. His characters Langdon and Teabing are supposedly scholars, and so their views and teachings in the book are treated as academic fact.

Personally, it seems ethically acceptable in making up a fictional story to altar the facts so long as one is not slandering a real person – but there would be many obvious gray areas in between when it comes to the possibility of offending persons or groups. The danger is only truly present when a novel is written in a genre and style that conveys that the events taking place are true to life, realistic fiction.

For Dan Brown, the popularity of The Da Vinci Code brought the issues to the forefront as Americans have made the book a bestseller for a record-setting length of time. Many Christians have read the book and find it interesting. Many Christians have also read the book and failed to distinguish fact from fiction, and therein lies the problem. Much hype has surrounded Brown's use of theories and fictional historical ideas to embellish the novel. He is certainly not the first fiction (nor non-fiction) writer to take factual events and distort them to fit his story. He will not be the last.

Making up facts for the NY Times is wrong. However, making up facts for a work of fiction seems to fit well with the definition of fiction. As much as I (and history) strongly disagree with the presentations made by Langdon and Teabing in the novel and with Brown to the extent that his characters represent his own views, I do not fault him for writing in this style. In fact, for a man whose worldview appears to be significantly different from a biblical worldview, this novel is precisely what I would expect.
Posted by Colby Willen at 6:31 AM 1 comment:

The Pool of Siloam and the Usual Suspects

The L A Times is conveying a report that a pool has been discovered in Jerusalem that is thought to be that of the gospel of John where Jesus instructed the blind man to go and wash (John 9:7). After he washed he came back seeing.

Whether this is actually the biblical pool of Siloam is yet to be determined and may never be actually "proven." My point is not about Archeology nor about the pool itself. Rather, it is concerning the immediate response found in the article by a liberal theologian:

"Scholars have said that there wasn't a Pool of Siloam and that John was using a religious conceit" to illustrate a point, said New Testament scholar James H. Charlesworth of the Princeton Theological Seminary. "Now we have found the Pool of Siloam … exactly where John said it was."

First of all, it is common knowledge that liberal theology doubts many if not all of the miracles of the Bible. Just as Charlesworth of Princeton confirms, so-called "scholars" believe only what they wish of the biblical account.

Secondly, in terms of archeology, liberal theology takes the approach that anything that has not been found, dated, and 100% confirmed as having existed must not have really existed. Whether a town, a building, a pool, or a person in the Bible, liberal theology has no place except as metaphorical usage for any reference on which they cannot put their hands. Case in point, if the 'pool of Siloam' hasn't been uncovered, it must not have really existed - when John wrote this account, he was simply making an illustration about the washing.

Finally, and quite revealing, is that response of Charlesworth to the report. "It is the pool!" Now, the article may be taking Charlesworth out of context, but it would appear that he is now perfectly willing to accept that this new find is the pool of John 9:7. Where is his skepticism now? I, a conservative, am highly skeptical every time a discovery like this is made. I would love to eventually accept that this is the same pool mentioned in John, but I need a little more evidence. The irony is obvious, is it not?
Posted by Colby Willen at 7:23 AM 1 comment: