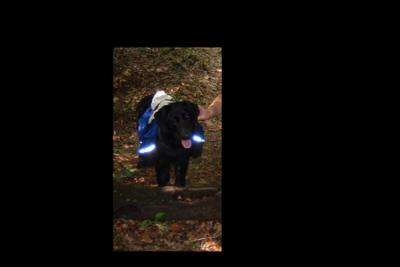 Backpacking deep into the Sipsey Wilderness, Celia found her true calling, an untamed calling, a challenge unlike she had ever known. She stood majestically, forthrightly, triumphantly, a dog in the mist.

Posted by Colby Willen at 7:51 PM No comments:

"We believe that God has been opening our eyes to acts of God that we had not known how to see before."

This quote is taken from a statement distributed yesterday by the U.S. Anglican Church. The statement comes in view of the church's endorsement of those in same-sex relationships for clergy positions. The move seemed inevitable for the U.S. branch of Anglicans and will likely prompt a split among American Anglicans that will produce a conservative branch.

Is homosexuality the issue? Not really. Rather, the underlying issue is how the Bible is understood and interpreted. Certainly the U.S. Anglican Church would not be able to affirm without reservation Isaiah 40:8, "The grass withers, the flower fades, but the word of our God stands forever." In light of their 'new' revelation, they have come to reinterpret the Bible to suit their own feelings.

But they are in the majority.

Nearly every denomination today has at least a group if not a majority who seek to move away from the view of Scripture that Scripture teaches. When B.B. Warfield wrote The Inspiration and Authority of the Bible, one of the arguments that Warfield makes is one that the 'left and right' must agree upon: "the exegetical fact that our Lord and His apostles held this doctrine of Scripture [the one that Warfield argues for, a plenary verbal inspiration of the Bible], and everywhere deal with the Scriptures of the Old Testament in accordance with it, as the very Word of God." [p. 180] Subsequently, to argue otherwise is to argue against the very writings of the apostles and the teaching of Jesus. The fact that exegetical scholars on both sides "agree" on the presentation leaves only two options:
1. The New Testament writers were right.
2. The New Testament writers were wrong.
3. If you profess to be highly postmodern, you may say both #1 and #2, but you may not argue for anything.

If the writers of the New Testament were wrong, throw the book away. It is worthless. There is no need to continue to treat it like an important book while conforming it to fit your own agenda. Why waste your time? There are less imposing religions out there. Why fit anti-biblical ideas into the revelation of God in the Bible and try to call it "Christianity"?
Posted by Colby Willen at 7:52 AM No comments:

The case of a lost teenager from the Birmingham area has been one of the top stories in the news for the past three weeks or so. And it should be. But one of the questions that has been raised is the lack of concern for many of the other people who are reported missing. Only a small percentage of cases make the national news. It is not a matter of making light of the current situation in Aruba, but it is a matter of how we view and value human life. Any person who turns up missing should be a highly-reported situation regardless of their age, race, or social status.

But this is only this lifetime. We lament that a person might be killed before they've lived a "full" life, and yet eternity seems to be so little concern to anyone. We seek to extend this life in any way possible; we will stop at nothing to find a missing person, especially a relative, friend, or acquaintance. But when it comes to eternity, we would rather not trouble anyone.

"A foolish physician he is, and a most unfaithful friend, that will let a sick man die for fear of troubling him; and cruel watches are we to our friends, that will rather suffer them to go quietly to hell than we will anger them or hazard our reputation with them." - Richard Baxter

"I am the way and the truth and the life. No one comes to the Father except through me." Jesus speaking, John 14.6.
Posted by Colby Willen at 8:33 AM No comments:

Is a Trade Deficit Necessarily Bad?

On another level, we are getting something in return. If our currency is being spent, we are bringing goods into our country and into our homes. Of course, some of our goods are being consumed, but others are added to our possessions, which builds our net worth.

The presentation by the media is one of gloom and doom, as if the United States will cease to exist as a sovereign nation if our trade deficit gets too large. There has been an automatic assumption in many circles that the trade deficit is an evil that must be handled. Like many things that are spun through the presentation, we need to take a step back and evaluate what is actually going on.
Posted by Colby Willen at 4:24 PM No comments: 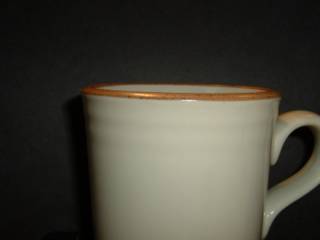 Welcome to a brand new world. Now you're one of us.
Here's one of your first assignments. 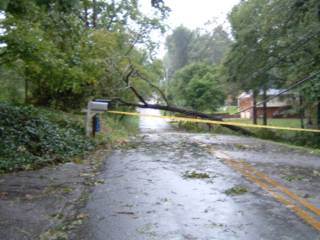 Does this prediction concerning Tropical Storm Arlene mean that we'll be digging out of another fine and pleasant mess like the one pictured from Hurricane Ivan?

Chances are that Arlene will only be a rain event for Birmingham, but the fact that it is predicted to swing to our west could mean more rain. This tree that fell during Ivan was likely caused more by saturated soil (with the 10+ inches of rain) than the wind.

What does this say concerning church picnics?
Posted by Colby Willen at 6:26 AM 1 comment:

Interesting...God-Lite Doesn’t Cut It
Posted by Colby Willen at 9:45 AM No comments:

"National Treasure" is mildly entertaining at best. The positives of the film are that it is very clean (you can show it to your kids, I promise) and fast-moving, with some great shots of famous places in Washington and Philadelphia that give you a sense of American heritage. However, the plot was nowhere near as stimulating as any of the Indiana Jones movies and the characters all seemed flat. As much as I like Nicolas Cage I found little to appreciate about his character in this movie. This film could have used some help from the school of Frank Capra when it comes to creating real characters that hook the audience.
Posted by Colby Willen at 6:12 AM No comments: